The number of fish keepers is on the rise ever since man has gained mastery over this art. Unfortunately, most of them do not know how to properly raise their fish and end up doing a lot of blunder. The most common blunder is overfeeding their fish. As a result, they witness their fish suffering from some diseases and in some cases, even death. In this case, an automatic fish food dispenser is the most ideal solution.

Overfeeding makes fish suffer in two ways, both directly and indirectly. When fish overeat they suffer directly from indigestion, fatty liver and other diseases. When people overfeed their fish, most of the food is left over and this pollutes water. In addition, fish produce large amount of waste because of overfeeding. All these in turn pollute the water and as a result the fish suffer indirectly.

Below, you will find two main instances of how overfeeding can badly affect fish directly as well as indirectly.

• Hepatic lipidosis: This disease is commonly known as fatty liver. Fatty liver occurs when fish is overfed. This disease causes malfunction of liver and can kill the fish if proper action is not taken immediately.

• Excessive ammonia and nitrates rate: This occurs when leftover food decays and produces ammonia and nitrites into the tank water. Hence, the toxicity increases beyond the normal limit and can kill the fish. 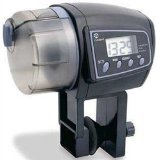 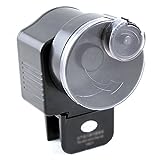 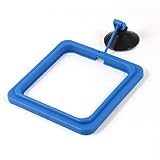